My General Convention Sermon: "For a Single, Beautiful Word"

“The general remembers the tiny green sprigs/ men of his village wore in their capes/ to honor the birth of a son. He will/ order many, this time, to be killed/ for a single, beautiful word.” Thus concludes the poem “Parsley” by Rita Dove, a piece remembering the so-called Parsley Massacre of 1937.

That was a year of economic struggle for the Dominican Republic as sugar prices plummeted.  Neighboring Haitians struggled too, and thousands crossed the porous border to work the cane fields for American conglomerates.  In response, the Dominican Republic’s dictator, Rafael Trujillo, instituted harsh deportation policies that didn’t seem to be working -- for the demand for cheap labor on the fields remained.  In the face of growing unrest, scapegoats were needed to maintain control.  In September of that year Trujillo welcomed a Nazi delegation and publicly accepted the gift of Hitler’s Mein Kampf.  Trujillo’s dream of whitening the skin of Dominicans to bolster national pride at the expense of their darker-skinned Haitian neighbors had found its justification.

Just weeks later, while drunk at a party, Trujillo ordered the deaths of thousands of Haitian immigrants along the border.  When it wasn’t clear by skin color alone who was of Haitian descent and who was not, Trujillo’s men would ask the terrified detainee to pronounce the word “parsley” in Spanish: perejil.  Haitians could not roll their “r”s, and thus spoke “pelejil.” And so they were destroyed, their bodies dumped into the aptly-named Massacre River.

To be killed for a single word: a shibboleth, a word designed to distinguish us from them, first employed by the Gileadites at the fords of the Jordan River to murder 42,000 Ephraimites in the Book of Judges.

To be killed -- and remembered -- for a single, beautiful word.

The Rev. Charles Barnes arrived in the Dominican Republic at the age of 42, five years into the reign of Trujillo.  Charles’ church in the capital, Santo Domingo, had been rebuilt in the poor part of town, and his congregation included many struggling West Indian immigrants.  As he came to know their plight, which was related to the blackness of their skin and the fact that they only spoke English, his eyes began to open to the racialized world in which he lived.  This searing realization enabled him to believe and investigate the rumors of the Parsley massacre, and make the decision to write to his American contacts about Trujillo’s crime.

I wonder what making that terrible decision was like. How long after Charles had heard of the massacre did it take him to write his first letter?  Did he know that he was scratching out his own death sentence?  Did he agonize over the sealing of the envelope?  It was a Gethsemane moment, I imagine, for Charles Barnes.  He had been invited into Christ’s sacrifice for us, and, picking up his cross, he gave himself up and into its deep love.

To be killed -- and remembered -- for a single, beautiful string of words, words that stood courageously in the face of the powers of this world.  These words were struck down, and the Church resurrects them.

There is a single, eternal, and glorious Word whom we worship here today: the Word of God made flesh who dwelt among us, died on the cross of shame, and rose victorious.  Jesus’ life, death, and resurrection form the basis of a story that has changed each of us in this room.  God is the author of this Christian story, and we are its bearers and its witnesses and its tellers.  We take up its well-worn pages in awe and gratitude as the saints and martyrs have for centuries before us.  Even as we tell this saving tale to the world we are shaped by its grammar of grace and its language of love.  And as its words settle into our bones it can inspire us to act, like Father Barnes, in quite beautiful ways.

During the announcements the Sunday before I left for Salt Lake, I asked the Latino congregation with whom I serve to bless my travels.  The guest preacher said a blessing after everyone gathered around me in the center of the sanctuary. Then he marked the sign of the cross on my forehead, and, surprisingly, invited everyone to do the same.  One parishioner after another, beginning with the kids, came up to me as I knelt down and they looked into my eyes and blessed me with their hands and with their words.  I have never felt so loved by a community.  There is no us and them in God’s gracious story.

I wonder how well Charles Barnes spoke Spanish.  I’m not sure it really matters.  His actions, as did the tender blessings offered by my congregation, drew from a deeper language at the heart of the great Christian story to which we owe our lives.  This is the wellspring of mission.

To be killed for a single, beautiful word, a string of words that comprise the story that has captivated us so -- reminds us that the powers of this world have little patience for truth and scarce use for history that cannot be molded to meet the immediate needs of kings on their thrones.  In the Dominican Republic, nearly 80 years after the Parsley Massacre, the government has begun a new program of Haitian deportations, including even those who have lived their entire lives on Dominican soil.  Once again, language is used to separate and destroy.  And the Dominican Episcopal Church, strong and growing stronger each year, stands as a truth teller in the gap between racial justice and political expediency.  Our memory of the saints and martyrs show us this way.  Indeed, every Sunday the congregants of the Episcopal Cathedral of the Epiphany in Santo Domingo take communion above the tomb of Charles Barnes.

In such moments of remembrance history cannot help but be pulled into the present, where God’s Spirit of truth and love can minister to the still-weeping wounds of violence, and send us out as bearers of the story to tell again and again the singular, beautiful, and loving words of God.

Posted by Unknown at 3:31 PM No comments:

Email ThisBlogThis!Share to TwitterShare to FacebookShare to Pinterest
Labels: Sermons

Glorifying God in My Body 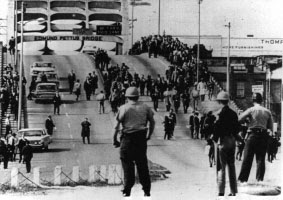 Posted by Unknown at 1:15 PM No comments: 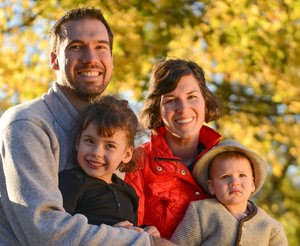